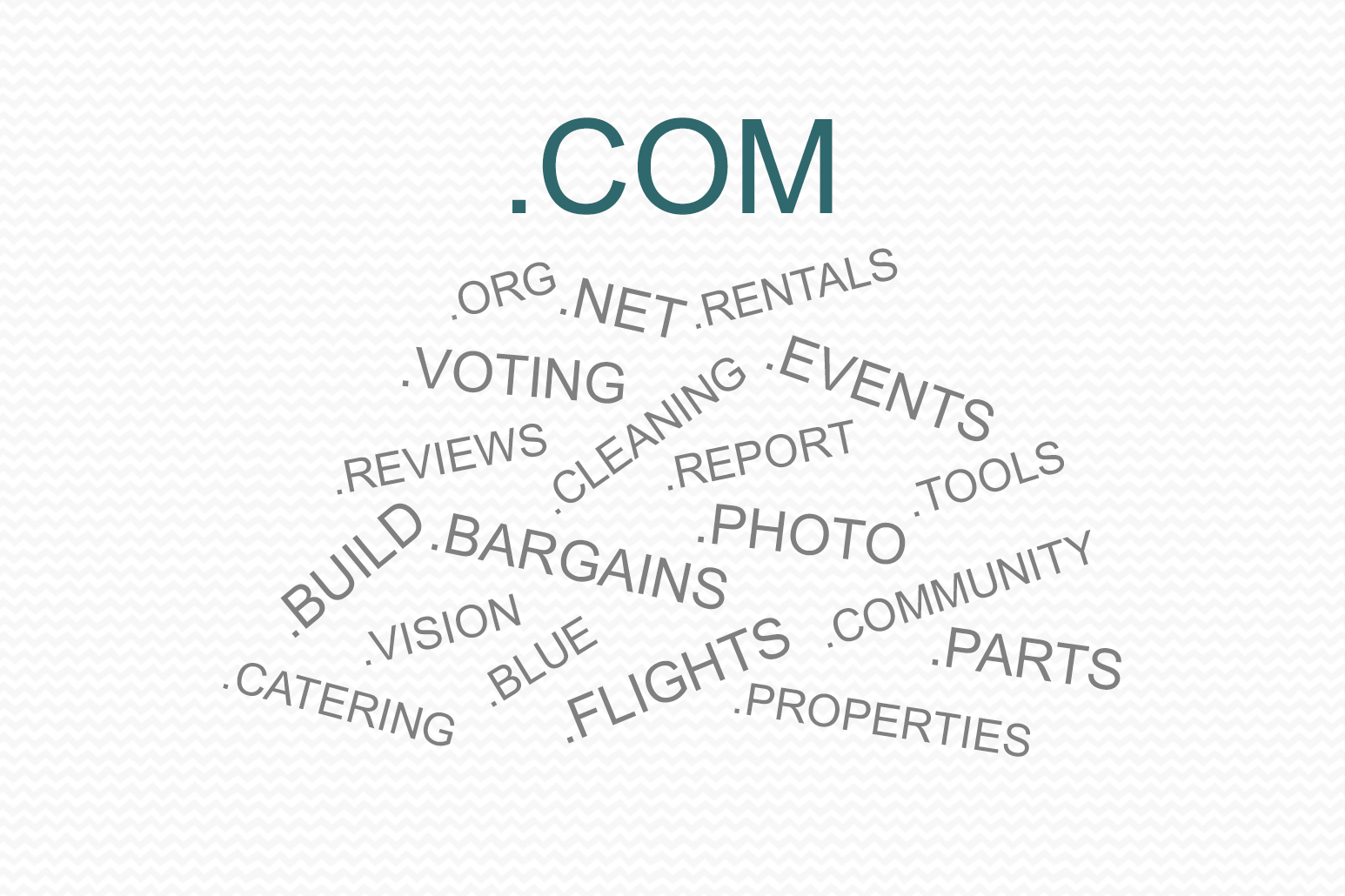 Remember when choosing between .com and .net was all you had to worry about when it came to creating your bank website address?

While a handful of other dot-somethings — that is, generic top-level domains (gTLDs), also called “strings” — have been introduced over the years, newcomers such as .biz and .me didn’t attract much attention. However, with so few useful word combinations left for the .com domain, the Internet Corporation for Assigned Names and Numbers (ICANN) has elected to make many, many more options available in 2014.

Does that mean .com will become passé as 1,400 or more new gTLDs flood the internet?

To be clear, the changes to the gTLD system involves two facets:

In addition, the new gTLDs include domains that use symbols outside of the traditional ASCII character set, so URLs can be written in non-Latin-based languages, including Arabic and Chinese.

All in all, this opens up an awful lot of real estate on the World Wide Web.

Some mega corporations have already made an investment by requesting to create their own custom domains — both actively to promote their brands and defensively to protect them. But the vast majority of businesses and organizations haven’t adopted the “gold rush” mentality for several reasons:

Looking at the possibility of creating arbitrary extensions, there isn’t a compelling reason for most companies to get into the registrar business by paying a fortune for new, arbitrary gTLDs. BrownBoots, for example, isn’t going to try to get control of .brownboots. For companies like Toyota, however, it might make sense to have camry.toyota, corolla.toyota, prius.toyota, etc.

Moreover, some businesses would have a hard time getting control of common words if, for example, other businesses share their name (e.g., .apple). Or if Apple Inc. did gain control of .apple, there is a fear that they would/could deny the use of that domain to Apple Records, Apple Vacations and various growers of the fruit.

Fortunately, the predetermined gTLDs — the ones that use common words like .report or .tools, which most companies would be interested in — will likely be controlled by existing registrars, neutral parties that would dole them out indiscriminately. These gTLDs could be used for marketing purposes in creating vanity URLs.

If you can get a cool-sounding/-looking domain, such as www.banking.tips, from a registrar for $9.99 a year, it might not hurt to have it.

As for protecting your brand, we recommend that company lawyers and brand managers look into the Trademark Clearinghouse at www.trademark-clearinghouse.com. Markmonitor.com recommends these steps in anticipation of the new “domain dump”:

To sum it up, if you want to be proactive securing all relevant gTLDs, it will cost a lot, and it’s probably unnecessary. But you could dabble with some vanity URLs once they become available. At the very least, pay to put your brands in the Trademark Clearninghouse.

In the end, only time will tell if .com URLs will go the way of the dial-up modem and AOL.

See the pros and cons of a .bank domain.

Contact BrownBoots to inquire about our bank marketing services.

We often find ourselves carving away the fat when it comes to bank website redesigns, but the other extreme is equally problematic.

Horiconbank.com is the first bank website to take advantage of our updated CMS, which will keep the site effective for years to come.